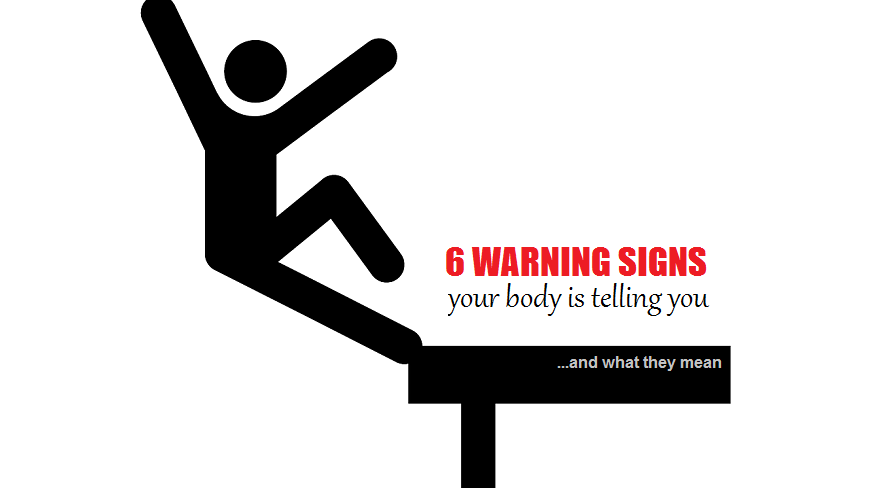 I can remember vividly getting the flu at a young age; it came right when I had tryouts for a soccer team I had been so excited about competing on with all of my friends. I was so excited that it was like christmas for me when the countdown I had constructed, was finally in the single digits. However, my body had much different plans, and doing my best to ignore the warning signs of feeling nauseated, fatigued and even incredibly hot with a fever, was still no match for the flu that had already invaded my body. I ended up being at home sick when those tryouts came around, and looking back on it, if I had listened to the warning signs and symptoms my body gave to me early on, I could have done the necessary things to take care of myself and kick the illness before it had me bedridden for days.

As stubborn as I am, and as much as I wanted to ignore the feeling of becoming ill so that I was able to do just about anything else but lay in bed sick, I know I’m no the only one that has ever turned a blind eye to an ailment for whatever reason. So, why is it that we try to do so much to avoid tackling the issue when it comes to our health, and better yet, what can be done to properly help ourselves when we do notice that we’re not operating at a high level like we normally do? Many of us, just like I did as a child, look to other things in our lives that we feel take precedent, and just hope that we can eventually out battle whatever it is that’s about to take us down. Others simply do not know what to do, and instead choose to do nothing, which is obviously not the wisest move to make. One thing that is beneficial to us all is understanding our bodies, how they work, and what to do in times of sickness.

There are a number of obvious signs and symptoms in relation to our own health that we should simply never ignore, such as difficulty breathing, pain in the extremities, or severe and chronic headaches. However, some of the not so subtle warning signs that our body gives us, can be just as dangerous as these more common and larger issues. The trouble with the large majority of us in the U.S population, is that we think that warning signs carry less weight when it comes to our own health and well being. This is simply not true. Here are just six small, yet very serious signs to look out for in your everyday health.

If you ever find yourself craving more sleep, even after a night where you’ve had a solid seven to eight  hours of shut eye, according to Harvard University and a recent study carried out by them, there may be a serious underlying issue within your health such as diabetes, high blood pressure, and heart disease. If you’re experiencing the overall feeling of being run down throughout the day, turning to a cup of coffee could be a bad move. An influx of caffeine into the body actually stimulates the central nervous system, and in doing so it amps up the production of the hormones cortisol and adrenaline. So even though it perks you up right away, it also leaves you feeling drained once the caffeine has left your system. A one cup of coffee a day maximum can help you regulate your hormone levels and feel rested and focused at the same time.

2. Chronic Itching in the Throat & Ears

As easy as it is to do, this is one symptom you probably shouldn’t shun. Itchiness from time to time is normal, but when it becomes all too frequent, pay attention to the warning. Itching within the body, particularly in the ear canals or in the throat are often due to an abundance of fungus. Candida is generally found in the gut, but when it travels elsewhere it can be dangerous. An overgrowth is typically due to a large amount of refined sugars within the diet. Eliminate things such as dried fruit or unnaturally  made fruit juices, to keep this fungus at bay. 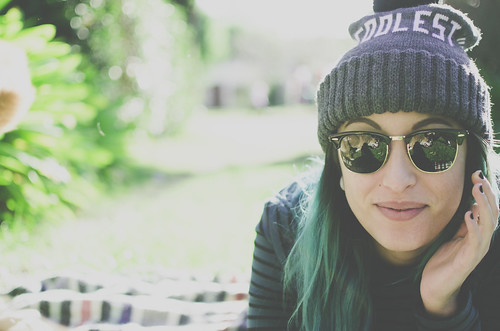 Whether it’s winter or not, overlooking this seemingly minute health issue could be costly. When slapping a little chapstick on your lips simply won’t do, take further action immediately. Usually the sign that your body is low in vitamin B, according to  clinical nutritionist Elizabeth Lipski, Ph.D,.

“You see nutritional deficiencies first in those tissues that turn over the quickest, such as the tongue and lips. Studies show that cracks or sores that appear at the corners of the mouth may be a sign that your body isn’t getting enough B vitamins.”

Upping your intake of foods with this essential vitamin found in them naturally can help. Aim to eat things like whole grains, legumes, egg yolks and salmon.

It could be something you’ve eaten, or even something you continue to eat without knowing it’s a trigger for your stomach issues. Regardless of what the cause, stopping it from being a constant issue you need to battle through, is key to your health. Stomach acid at an optimal level is vital to having a healthy digestive system; without these levels in check your body is unable to digest foods adequately. You  may also have an issue with your digestive system due to a low amount of healthy fiber, so making sure to include foods in your diet that are full of fiber and healthy nutrients such as vegetables and whole grains can really help. A truly simple fix for these issues is to eat a little slower, chew more, and be mindful of the things you eat and how they react to your stomach.

We don’t often associate the health of our skin with the foods we eat; when our skin is dry or itchy, we often attribute it to warmer weather or a one off occurrence. However, if you have consistently dry skin, it could indeed be due to the things you’re putting into your body. When you consume foods that regularly irritate your gut, it can affect the flow of your bloodstream. When the bloodstream is compromised, toxins tend to leak out of the skin, which causes the irritation on the surface. Eliminating any foods you may be allergic too can help, upping your intake of water on a daily basis, and eliminating wheat and gluten-containing products, dairy products, soy and yeast (again, only if you think you are allergic to these foods). 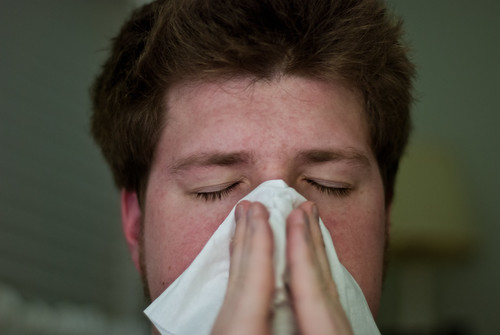 6. Frequent Colds or the Flu

A cold and the flu typically come about because of a breakdown in the immune system’s ability to expel foreign pathogens from the body. This lowered functionality of the immune system is usually due to an imbalance of necessary organisms in the gut. According to physician Kathie Swift, M.S., R.D,

“The result is we get sick a lot. Ironically, it’s often medicine, such as antibiotics, that wipe out the gut’s supply of good bacteria.”

Consuming foods that contain natural live cultures and probiotics such as yogurt and even sauerkraut can help to balance out the bacteria in the gut to help the immune system flourish.

So if even a licensed physician is telling us that medicines are often the reason for eradicating the good bacteria needed for optimal health, what then can and should be done to help to keep your body in check? Chiropractic care has many documented ways in which it safely and adequately aims to strengthen your health by addressing the core issue for illness, instead of masking them.

How Chiropractic Care Can Be Effective in Keeping You Healthy

Often thought of as the form of non invasive medicine simply for pains in the neck or a slipped disc in your back, chiropractics is quickly becoming the go to form of pain relief and preventative measures against illness. In fact, research out of the Sherman College of Chiropractics shows that it is one of the fastest growing professions within health care. So just how does chiropractics take care of the body, and issues that can lead to you being on the sidelines for an extended period of time? Well, in a recent interview with Cleveland Chiropractic College, Malik Slosberg, DC was quoted as saying,

“We have a number of recent studies consistently demonstrating that chiropractic adjustments reduce mediators of inflammation, that manipulation has anti-inflammatory effects. At the same time that adjustments reduce pro-inflammatory markers, they may also stimulate some of the immune regulatory cytokines to produce a more coordinated effect on infectious, invasive microorganisms.”

So, taking care of the body from the inside out, which is where most of these health issues arise from, can keep your health levels in check and as they should be. When your body is aligned correctly, and when you’re taking the necessary precautions against having pathogens invade, you can help the immune system to function at a high rate, which is what is essential to optimal health and well being. So, the next time you feel a rumble in your stomach, or have a runny nose that lasts a little longer than you think it should, you may want to take the needed steps to help increase the strength of your body and check in with a chiropractor to really seal the deal.