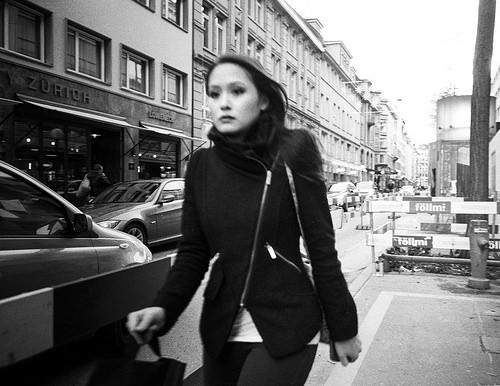 We only get one life, this is why it’s imperative that we engage in healthy activity, eat well, get sufficient rest and do all we can to preserve our time here on earth. With the obesity epidemic still in full swing, the United States population is still in serious jeopardy. Even the healthiest individuals that walk among us still practice unhealthy habits, and some even go unnoticed.

In fact, everyone the world over is engaging in some form of activity, one way or another that diminishes their capacity to live. Now, even though the global lifespan is roughly  seven years longer than it was just two short decades ago (this according to research published in The Lancet), multiple avenues of other reliable researchers still shows that the number of growing health issues globally, is contributing to shorter lifespans. From dangerous technology we use every day, to the smog and pollution of our overpopulated major cities.Some of the leading causes of death are cardiovascular disease and stroke, pneumonia, Alzheimer’s, and lung disease. Thanks to habits such as smoking, excessive alcohol intake and improper living habits, these illnesses see no end in sight.Fortunately for us, we are the ones that have the ability to control our own fate, our lifestyles, our habits and our health and well-being.  The rate at which we age is determined 30 percent by genes and the other 70 percent is due to everyday choices that we decide to make. So, take a look at these ways in which you can easily take back control of the dangerous risk factors surrounding you, and subsequently add healthy years to your life.

It is proven that chronic and severe stress can actually take as much as an entire decade off your life. This is due in part to the fact that stress can actually age the cells within your body at a rate that far exceeds normal. Studies show that women (who register as being under more stress than men in general) with the highest stress levels had telomeres the equivalent length of those of women 10 years older.

A simple remedy to combat unwanted stress is to organize, plan and be flexible. Meditation, yoga, exercise, and any other avenues to release stress on a regular basis are simple and effective ways to keep yourself and your body young and healthy.

Packing on the pounds, and weighing more than you should for your height and age is something that Americans are all too familiar with. The Lancet Diabetes and Endocrinology reported recently that obesity can decrease your life expectancy by as much as eight years. Being overweight in any way can reduce your life by roughly three years.

Proper diet, exercise and healthy all-around habits can help anyone combat obesity or unwanted weight gain. For the sake of your life, health and happiness make sure you’re at an appropriate weight.

Even if you think you’re in the clear because you drink diet soda, or only have one soda a day, you’re sorely mistaken. Just by drinking 20 ounces of soda a day, you’re potentially shortening your life by five years. As one of the biggest industries worldwide, soda and its effects on health have been widely documented. With that said, researchers measured lifespan by length of telomeres, the protective caps on your DNA, and the shorter the telomere, the shorter the life expectancy. Those who regularly drink soda, have shorter telomeres.

Stick to water, plain and simple. Soda is filled with sugar, and a long list of chemicals that are dangerous to the body.

Eat FishThis is nothing but sound and effective advice. Adding more fish to your diet, means you simply cannot go wrong. Eating fish, rich in omega-3 fatty acids, is a great way to keep not only the mind in top form, but the body as well. Research from the University of North Carolina found that a weekly serving of fish actually slows down cognitive decline in older adults by almost two years.

Ditch SugarDoing so will give you at least five more years, this according to a number of worldwide studies. With almost 30 percent of Americans having either diabetes or pre-diabetes, this should be top of the list of priorities for us all. Health issues such as diabetes can age your brain by five years and puts you at greater risk for cognitive decline 20 years from now.

Go Vegetarian Every Once in a While

This practice is giving as much as 11 years to those who stick to it. When the body is only able to get its protein from animal sources, it increases the risk of death by 75 percent this when compared to those who get protein from plant sources as well as animal. There’s a reason that you’re told to eat your vegetables so often as a child, don’t break the habit once you enter adulthood.

Be Selective with Added IngredientsAlthough deemed safe by the Food and Drug Administration (FDA), many of the most popular and widely consumed foods still pose a danger to your health. With small amounts of extra chemicals and ingredients, mass consumption can pose a threat to your overall well-being. Polychlorinated biphenyls, known as PCB for instance, are still found in many products that we use and consume. Coming into contact with PCBs can equate to nine years of aging in older adults. Reduce your exposure by avoiding animal products like meat, butter, and dairy and large fish.

Quit SmokingA no brainer but one that makes the list because even with the creation of electronic cigarettes, smoking is still a huge epidemic in this country. Smoking takes 10 years off of your life; however, it is proven that if you ditch the habit before the age of 40, you may be able to significantly reduce this risk by 90 percent, according to studies performed at Oxford University. If you quit before the age of 30, you can avoid 97 percent of this excess mortality risk.

It seems simple enough but the large majority of us don’t do this every single day, as our dentists would like us to. Daily flossing should be done not only to rid the teeth of food, but to erase all traces of harmful bacteria. If this isn’t done frequently, this bacteria has the ability to harden, and turn into plaque. Periodontal disease from lack of flossing can trigger low-grade inflammation, which increases the risk of early heart attack and stroke, and oral bacteria has a direct tie in to cardiovascular disease.

Something as simple as running for just five minutes a day can help you to rake in the life-lengthening benefits. A new study shows running just five to 10 minutes a day helps to increase your life expectancy by reducing the risk of death from heart disease by close to 60 percent, and lowering the overall risk of death by 30 percent.

Keeping your body and mind in the best possible condition so that you are able to lead a healthy and long life, is significantly aided through regular chiropractic care. Proper alignment of the spine and vertebrae, as well as correction of any subluxations, means that the immune system, blood flow, cognitive ability and energy, are all able to perform as they should.