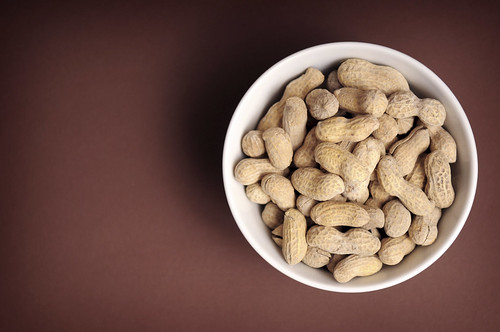 The odds of you knowing someone with a food allergy are quite high; in fact, the instance of food allergies is steadily on the rise in the United States, especially over the last half a decade. It is reported that there are close to 15 million people in the U.S. that are classed as being allergic to at least one type of food, this according to Food Allergy Research and Education, which is a nonprofit organization whose goal is to educate the masses about allergies and the dangers they bring.

Even worse is the fact that among those 15 million with allergies, close to one in 13 of those is a children under the age of 10 years old. Every single year, allergies account for close to 200,000 hospital visits, and among children, food allergies are responsible for more than 300,000 visits to the inside of an ambulance.

Knowing all that you can about allergies, whether you have them or not, can help to inform more people, and keep more people out of harm’s way when it comes to food allergies. Here are just a few facts that you should know about the rate of food allergies and their effect on the health of the population as a whole.

A study carried out by the Centers for Disease Control and Prevention shows that the number of children in the United States alone that have some form of food allergies has increased by 50 percent since 1997. The cause for this enormous spike is not known, but the fact that they are so high does not bode well for the safety of children in this country. In fact, of the documented children with food allergies, close to 35 percent of them have allergies to more than one food.

There are just eight foods responsible for close to 90 percent of all food allergies. These eight are as follows: milk, eggs, peanuts, soy, fish, shellfish, tree nuts and wheat. It is vital to know if you are allergic to any of these foods, as these eight are found in the majority of foods consumed in the U.S. today.

There is a difference between a food allergy and a food intolerance. Food allergies directly deal with the individual’s immune system, whereas food intolerance’s are typically due to a digestive system reaction to the ingredients. It is essential to your overall health, as well as those around you, that you know and understand the main differences between these two things. The main symptoms of an allergic reaction are things like severe rashes or hives, stomach pain, nausea, diarrhea, vomiting, and often times swelling of the tongue, eyes and mouth. Food intolerance reactions present themselves as less severe in the form of things like heartburn, headache or gas and bloating.