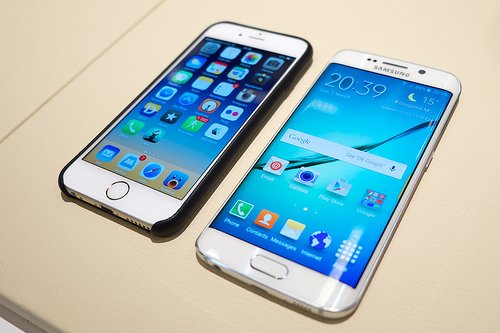 When we think of epidemics, we generally associate the word with outbreaks like Ebola, influenza, and even deadly ailments such as obesity. However, there is an epidemic that is nothing but silent, and it’s rising to the top of the list in developing countries in terms of life threatening issues. However, this serious issue is often ignored over and over because we do not think of how blasting our favorite tunes on the radio every morning on the way to work, or cranking up that song that gets us in the grove at the gym, can really take its toll on our overall health, and our hearing in particular.

The truth is, in high-income countries, damage to our ears is getting far worse, and in no way any better. The World Health Organization (WHO) estimates that close to 1.1 billion people between the ages of 12 and 35 typically listen to personal audio devices at extremely “unsafe volumes. Due to this constant damage to the ears, the majority of us are actually raising our chances, and upping the risk of permanent hearing loss. On top of this staggering statistic, it is widely known that many people that experience some form of hearing loss generally do not get the help they need fast enough, partly due to the fact that in highly developed countries, we do not even realize, or want to acknowledge that these every day activities and behaviors are dangerous to hour health at all.

Thanks to the advancement in the technology that we use everyday on a consistent basis (think phones, tablets, etc.), music is more at our fingertips than ever before. Being able to simply touch a button and download or preview any song, more and more people are turning up the volume to get a better listen, all while devastating their hearing. With headphones, apps, music and technology, all playing together and going hand in hand, everything around us is contributing to the increased rate of hearing-loss.

Anna Gilmore Hall, the executive director of the Hearing Loss Association of America, recently stated that sue to even the simplest activity like talking on the phone, now sees earpieces, bluetooth devices and hands-free technology being placed directly into the ear, people are experiencing severe hearing loss far earlier in their life than ever before.

So, with these looming numbers and rates of hearing loss, how can you better protect yourself and keep your hearing, as well as your overall health, safe? Take a look at some of these simple ways to cut down on the noise, but still hear everything you want to hear.

Close to 90 percent of U.S. consumers between the ages of 25 and 35 owned smartphones in 2014, according to a recent Nielsen survey. That’s a lot of people putting devises in or close to their ears at dangerously loud volumes, on a very consistent basis. Now, because the earpieces that come with many phones aren’t designed for most ears, it means they let in a lot of ambient noise. Because of this ambient noise, it can be hard to properly hear whats being played through the headphones, and so the only logical solution is to turn up the volume.

Test out headphones before you purchase them, make sure they fit well and make sure you are able to hear well and clearly even at low volumes. Drown out ambient noise, and make sure that turning up the volume as high as it will go, is never a necessity.

Functional earbuds should fit snug in the ear, and shut out any other sound. Most headphones, especially in ear headphones, come in a number of different sizes, so that you are able to pick the best size for your ear. Over-ear headphones should cover your ears completely and block out ambient noise.

WHO recommends that no more than one hour of listening to music each day should be done by us all, as well as no more than 80 decibels at a time. 80 decibels is equivalent to the sounds of city traffic or a garbage disposal. Even at this reasonable decibel level, more than an hour in direct contact with the ears is damaging.

Turn Down for What?

The volume button is a glorious thing, and if you use it properly it can be your saving grace. Have you ever heard something so loud that you ask yourself, “why does it even go up that high?” Well, it’s because many manufacturers do not put restrictions on their volume, and many devices have the ability to be set at a dangerously high volume. No your limits, be safe, n turn down the volume. For those with an iphone, a good rule of thumb is to not go above two-thirds of the volume bar.

Due to this epidemic in hearing loss, some countries have begun to put restrictions on devices. In fact, in 2013, the European Union mandated a volume limit on all personal audio devices that was set at 85 decibels. For those daredevils that want to listen louder, have to bypass a warning and give consent to do so.

Even when you’re not listening to headphones, your hearing still has the ability to be damaged when you’re in overly loud surroundings. Everything from concerts to your local watering hole, if it gets loud enough, it can damage your ears. Earplugs are simple solution to this problem, not only are they effective, but they are inexpensive as well.

Even with all of this information being spewed to the masses, even with the very notion of listening to something so ridiculously loud triggering a response within us, we all still damage our hearing far more than we would like. So, one smart way to help yourself in the fight against hearing loss, aside from the tips just offered, is to seek professional help. Make an appointment, take charge of your health, and get screened for hearing loss from your primary care physician. If you’re around loud noises or potentially damaging noises on a regular basis, seek help often.

Hearing may be an after thought, it may be something we do not think about until it’s too late, but it definitely shouldn’t be. Adults should try to get a hearing test every five or 10 years, don’t wait until it’s too late. If you find yourself turning up the volume a notch more every time you listen to music, or you’re having trouble hearing things even in ordinary settings, go and seek help, get your ears checked, because a life without sound doesn’t have to be a reality for you.