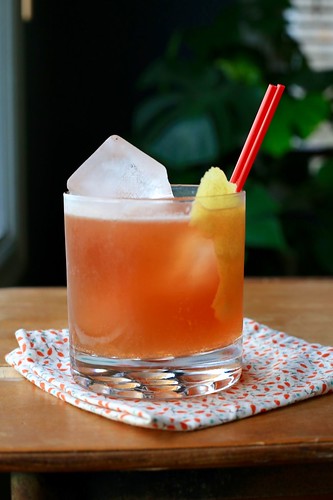 What wouldn’t have been unusual 50 years ago is almost unthinkable now — to see a woman with a baby bump holding a highball glass filled with her favorite cocktail. After decades of educational campaigns to get the word out, has it sunk in that pregnancy and alcohol don’t mix? And is there any danger in just an occasional glass of wine?

The National Organization on Fetal Alcohol Syndrome (NOFAS) website explains why there is no time during pregnancy when you can be sure an unborn baby won’t be affected by the mother’s alcohol intake. They actually end up with the same blood alcohol concentration as the mother, and that goes for beer, wine or any other distilled spirits.

“Alcohol is a teratogen, a toxic substance to a developing baby, and can interfere with healthy development causing brain damage and other birth defects,” NOFAS says. “Most babies negatively affected by alcohol exposure have no physical birth defects. These children have subtle behavioral and learning problems that are often undiagnosed or misdiagnosed as autism or attention deficit disorder instead of one of the fetal alcohol spectrum disorders.”

How Much is Too Much?

According to the American Academy of Pediatrics, “There is no safe amount of alcohol when a woman is pregnant. Evidence based research states that even drinking small amounts of alcohol while pregnant can lead to miscarriage, stillbirth, prematurity, or sudden infant death syndrome.”

The University of Queensland News reports findings from a study of 7,000 English children that a pregnant mother who regularly drank as few as two glasses of wine had a negative impact on her child’s performance at school.

“These findings confirm Australian alcohol guidelines that women should avoid alcohol altogether while pregnant or when planning to conceive,” Dr Alati said. “We could see a clear link between a mother’s alcohol consumption and her child’s academic outcomes.”

Some of the data shared by NOFAS points out there’s no known threshold to determine a quantity that’s safe for the baby. At particular times in gestation, consumption of alcohol can cause:

NOFAS cites several studies from such sources as the International Journal of Epidemiology, concluding that even low amounts of alcohol consumption during pregnancy increases the risk of spontaneous abortion, miscarriage, stillbirth, preterm delivery, and SIDS.

In the United States, 50 percent of pregnancies are unplanned, according to the NOFAS website. Therefore, it’s not uncommon for a woman to have consumed alcohol before she becomes aware she is pregnant. The majority of women give up the practice after confirmation they’re expecting because the risks of alcohol consumption are widely publicized.

For any Americans unaware of, or refusing to believe, that abstinence is absolutely necessary in the case of pregnancy, there’s plenty of evidence. That’s because research on the subject is way past its infancy by now.

Bonded Buck by twinfountain is licensed under CC BY 4.0